The original "and others" rear cover slick (detail) was replaced with full tracklisting and photographer credit. 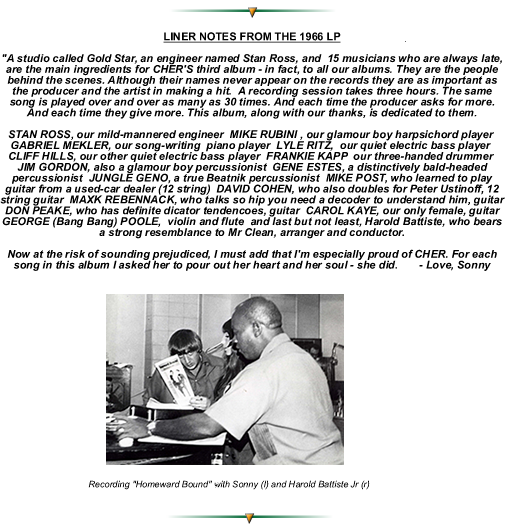 (B) 2005 UK BGO. Remastered by Andrew Thompson, coupled with WITH LOVE.

A and B are identical Stereo masters.

Original Monaural LP (unavailable on CD)
features longer versions of "The Cruel War","Pied Piper" and "I Want You".

("Dooby Dooby" removed from "I Want You" mono mix opening.)