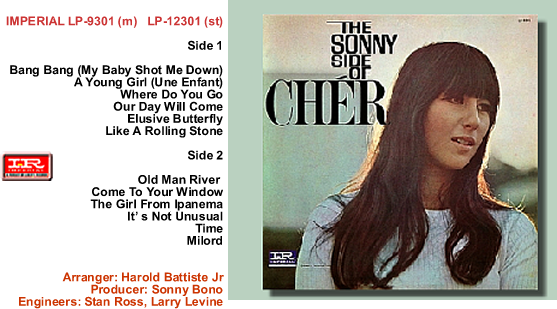 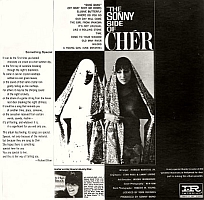 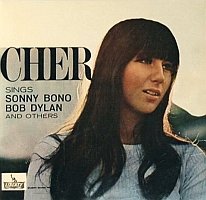 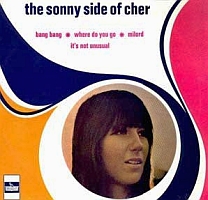 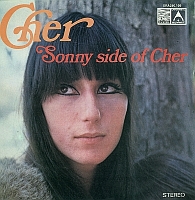 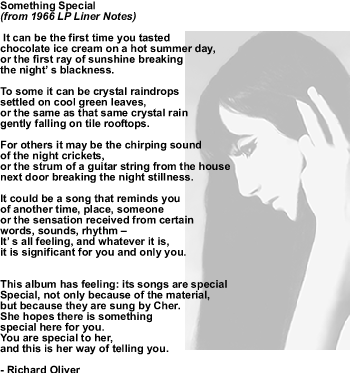 Original Monaural LP unavailable on CD, includes slightly longer versions of "Like A Rolling Stone" and "Milord". "Come To Your Window" is shortened.

Original Stereo LP has only "Where Do You Go" in stereo. All other tracks are music on L channel and vocals on R...the unmixed mono masters. 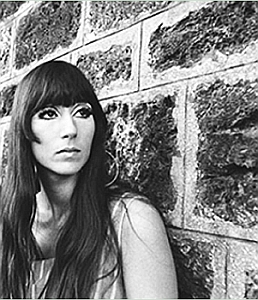 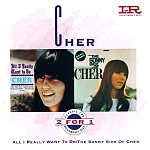 Remixed and Remastered by Kevin Reeves – alternate takes of “Like A Rolling Stone”& "Our Day Will Come". 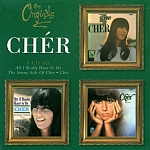 Disc 1 is a clone of (A) above, with "The Sonny Side of Cher" as hidden tracks.

The correct stereo LP master is Disc 2 (B) 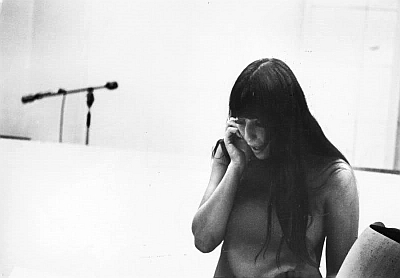 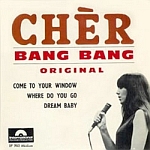 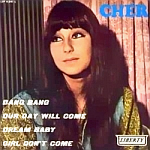 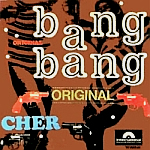 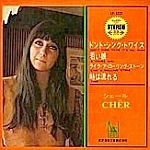 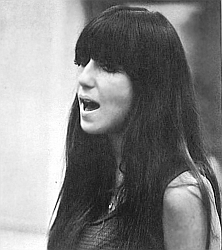